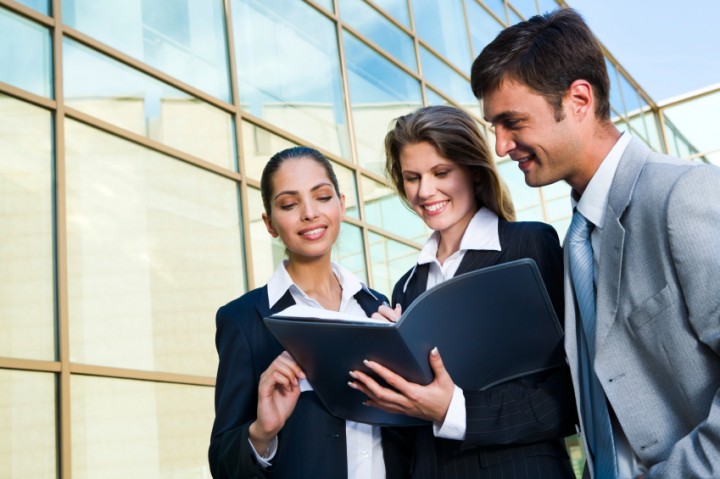 When Daniel Goleman wrote his landmark books on emotional intelligence in the 90’s (Emotional Intelligence, 1995, Working with Emotional Intelligence, 1998), managers in organizations everywhere nodded heads in agreement. Finally, what they knew to be true about dealing with people had a name and was clearly articulated. For the past decade, important research has been done in organizations to show that feelings and emotions have a direct impact on effectiveness, efficiency and ultimately the bottom line.

Most importantly, this concept has great potential for creating positive change. Instead of feeling stuck, people can now take steps to enhance their emotional intelligence and increase their effectiveness in both their work and personal lives. Currently, the concept is often applied to teams. Looking at the emotional intelligence of teams is important because most of the work in organizations today is done by teams. Leaders have a pressing need today to make teams work together better.

Modern businesses thrive when using teams to organize the work. Teams have more talent and experience, more diversity of resources, and greater operating flexibility than individual performers. Research in the last decade has proven the superiority of group decision-making over that of even the brightest individual in the group. But the exception to this rule is when the group lacks harmony or the ability to cooperate. Then decision-making quality and speed suffer.

Most research has focused on identifying the tasks and processes that make teams successful. But just learning a script won’t make a good actor great; the actor has to be able to deliver the lines with real feeling. A piano student can learn the music of Bach, but she has to be able to play with heart to be really good. Successful teams can apply the principles of effective task processes, but they must also work together wholeheartedly.

Group emotional intelligence is not a question of catching emotions as they bubble up and then suppressing them. It involves courageously bringing feelings out into the open and dialoguing about how they affect the team’s work. If emotions are avoided, there is a false or superficial tone that “everything’s just fine.” Groups cannot work together without having personalities that butt up against each other. Admitting to this is the first step in clarifying and finding common ground upon which to move forward.

Group emotional intelligence is also about behaving in ways that build relationships both inside and outside the team. Building relationships strengthens the team’s ability to face challenges. In order to strengthen relationships, the group must feel safe to be able to explore, embrace and ultimately to rely on emotions in work. Emotions must be considered for the good of the group. Feelings count, but then there are the tasks at hand and the work that needs to be done. Team leaders must constantly balance harmony with productivity.

Feeling good and the bottom line
When people feel good, they work better, are more creative, and are more productive. Good feelings are like lubrication for the brain — mental efficiency goes up, memory is sharpened, people can understand directions and make better decisions. Studies have shown this to be especially true when it comes to teams. This is because emotions are contagious. When one or two people are in a good mood, it spreads easily to other members.

A team’s effectiveness can depend on how well it works together in harmony. A leader skilled in creating good feelings can keep cooperation high. Good team leaders know how to balance the focus on productivity with attention to member’s relationships and their ability to connect. There is even research that shows that humor at work can stimulate creativity, open lines of communications and enhance a sense of trust. Playful joking increases the likelihood of concessions during a negotiation. Emotionally intelligent team leaders know how to use humor and playfulness with their teams.

Creating good moods in employees may be even more important than previously thought. It is common sense to see that workers who feel upbeat will go the extra mile to please customers and therefore improve the bottom line. There is research to show that for every 1 percent improvement in the service climate, there’s a 2 percent increase in revenue. New research from a range of industries now reaffirms the link between leadership and climate and to business performance. According to Daniel Goleman in Primal Leadership (2002), how people feel about working at a company can account for 20 to 30 percent of business performance.

Part of understanding the emotional reality of a team is uncovering the particular habits ingrained in a team or organization that can drive behaviors. A prime example is the notion of “It’s just the way we do things here.” The team leader is effective when he or she looks for signs that reveal if such habits are working or not. It is the leader’s job to explore and expose unhealthy work habits in order to build more effective group norms.

How is emotional intelligence developed?
One of the ways groups can create better self-awareness is through the use of assessments such as the Myers-Briggs or the DISC. These tools show individuals how they have natural preferences for taking in information, organizing their work, communicating, and making decisions. A better understanding of one’s own style leads to acceptance and understanding of how team members are different — not better or worse, just different in the ways they organize their work and their world.

For example, one of the most common sources of conflict in groups in the workplace is attitude towards rules, regulations and deadlines. The Myers Briggs Type Indicator can show how team members like to make decisions, whether they like to keep their options open and gather in more information, or whether they like closure and come to decisions more quickly. A greater understanding of these fundamental ways of thinking and behaving can go a long way toward creating greater understanding and acceptance between members.

Greater interpersonal understanding can also be created through exercises in perspective formation. Working with a team coach can facilitate greater understanding and build trust through role-playing and other techniques.

Just as important as awareness is the ability to regulate emotions. People take their emotional cues from those around them. Something that seems upsetting can seem not so bad, depending on whether colleagues smooth feathers or fan the flames. The ability to regulate group emotions comes from establishing norms for both confrontation and caring.

In any group, people will eventually cross lines and confrontation becomes necessary. There must be a means for doing this that is firm yet not demeaning. The team leader sets the tone for this because of the position he or she is in. Caring confrontation is an art that can be learned and taught to both leaders and members. The use of humor can be very effective as a means for bringing errant members back into the group fold. The message is, “We want you as part of this group, your contributions are needed.”

These are the group norms that build trust and a sense of group identity for members: interpersonal understanding, perspective taking, confrontation and caring. They can be learned and developed wherever they don’t exist naturally. It may take some time and attention, but they are too important to be overlooked. Teams are at the very foundation of organizational effectiveness and they won’t work without mutual trust and common commitment to goals.

Building self-managing teams
One of the first tasks of a team leader is to build greater team awareness. This is the job of each individual member of the team, as well, but the leader’s job is to instill a sense of responsibility in individuals for the well-being of the team. In order to do so, Cary Cherniss, chair of a well-known research group on emotional intelligence, puts forth ground rules for teams. Everyone on the team should take responsibility for:

Keeping us on track if we get off
Facilitating group input
Raising questions about procedures, asking for clarification about where we are going and offering summaries of issues being discussed to make sure we have a shared understanding
Using good listening skills to build on the ongoing discussion or to clearly signal that we want to change the subject, and ask if that is okay
This is an example of how a leader can create a self-managing team. What is important for the leader, emphasizes Cherniss, is to remind the group of its collaborative norms by making them explicit. Everyone can practice them because they are upfront and repeated at each meeting. Clearly the setting forth of core values and operating norms is important to ensure that a team works smoothly together. But like most things, they must be repeated again and again. When values and norms are clear, teams can go about their work even in the absence of the leader.

In self-aware self-managing teams, members hold each other accountable for sticking to norms. It takes a strong emotionally intelligent leader to hold the team to such responsibility. Many teams are not accustomed to proactively handling emotions and habits. And many leaders have difficulty stepping out of the role of director in order to let teams self-direct.

However, when the values and norms are clear, and self-management principles are explicit and practiced over time, teams become not only effective, but also self-reinforcing. Being on the team leads to positive emotions that energize and motivate people.

Every company faces specific performance challenges for which teams are the most practical and powerful vehicle. The critical challenge for senior managers is how to develop emotionally intelligent teams that can deliver maximum performance. Teams have a unique potential to deliver results, and executives must foster self-managing and emotionally intelligent teams that will be effective. In doing so, top management creates the kind of environment that enables teams as well as individuals to thrive.

By using a coach, each person on a team understands and leverages the gifts, skills and strengths they naturally possess. Teams are truly effective when diverse resources and skills are combined to produce results far greater than those that could be produced individually.

Working with a coach can facilitate the growth of a group’s emotional intelligence. It is rare that a group naturally finds itself working smoothly. Humans are complex and that complexity is magnified when they try to work together. There are multiple dynamics and complicated perspectives that come into play. Managing the interplay between team members can require the talents of a symphony conductor in order to bring out the best in people. A masterful coaching experience can help facilitate the symphony that is possible when people work together in harmony.

More information can be found at at www.exe-coach.com.